This no-internet thing is killing me. Technically it isn’t no-internet it is 300 Bytes per second internet, 2KB/s on a good day, when you can actually download your email. Expect posts to be sparse (as they have been!) until we get back in the middle of July. But I really wanted to get this tutorial written! So I am sitting in a parking lot one town over getting internet over my cell phone via bluetooth. (^_^) If only we had cell coverage at the house! No cell phone, no texting, no data! (>_<) 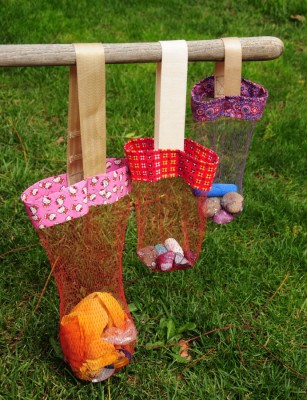 These bags have been really useful, especially since my husband has started collecting rocks like a mad man! He can fill a bag up with dirty rocks and leave it in a creek to wash off, hanging off one of the many fallen logs around here, and then sort through his clean-ish rocks before carrying all (five pounds of them) home. Really that just lets him find the right five pounds of rocks to carry home. Good thing orange bags are sturdy. I love you sweetie!

These will be fabulous for carrying our sand toys to the park too. (The sand toys do *not* come in the front door, they live outside in a plastic basket.) 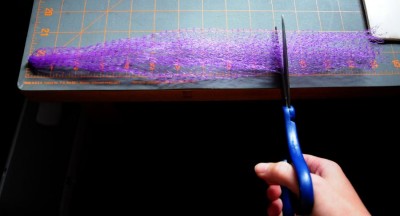 Start by stretching your bag vertically, this will compress it horizontally. Decide how long you want the mesh part of the bag to be, and trim it straight across. Look, I’m being good and using my paper scissors not my fabric scissors. I probably shouldn’t admit how may pairs of scissors I have. I gave one to my husband and he immediately wrote ‘no cutting fabric allowed’ or something like that all over every surface. I was impressed with how many places he managed to fit it in, both blades, each of the handles possibly more than once, three star job. If I wasn’t in Vermont I’d go take a picture. But anyway. Trim your bag, or not, either way give it a vertical stretch though.

Gently flatten the opening out without stretching it much if you can, and measure the width. If you stretch the bag out too much before you sew the binding on it will go all lettuce-y around the top edge when you try to carry something heavy in it. It doesn’t much matter structurally though, it’s just an esthetic thing.

We are going to make a 2″ wide binding next, I went with the grain of the fabric rather than cutting it on the bias because I am cheap and we aren’t going around any curves. Since the binding is going to be double fold we need the fabric to be 8″ wide by the circumference of your bag + 1″ for rough seam allowance.

Press your fabric flat. I hate ironing too, but you can’t make clean double fold binding without some ironing.

Fold it in half (hot dog bun style!) so that it is 4″ tall and press the fold.

Unfold it and fold one edge up almost but not quite to the middle crease and press the fold (don’t press out your center fold.)

Fold down the other edge almost but not quite to the middle crease and press that fold. (Bet you didn’t see that coming.)

Re-fold it in half and give it one more press all together. 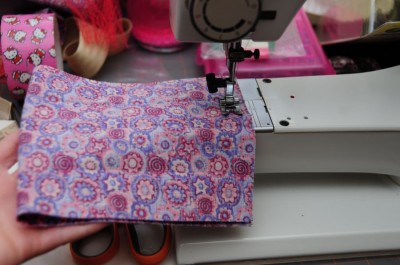 Unfold all your careful creases and pin the two short (8″) edges wrong sides together. Sew together with a 1/2″ seam. 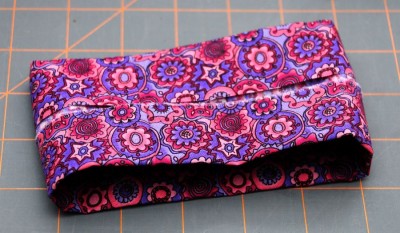 Open up the sewn seam folding it open or to the side with your fingers, and then re-fold the outside edges of the binding to the center. 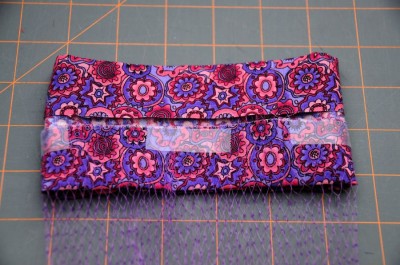 Slip the binding into the opening of the bag, lining up the top edge of the bag with the middle of the binding. (It’s hard to see the purple on purple, but there is netting over the lower half of the binding in that picture.) I found that pins didn’t work very well to hold the bag in place, so I used removable scotch tape. Whatever your device secure the bag evenly around the binding. Sew the binding to the bag 1/4″ to 1″ above the bottom edge of the binding – it will only be visible from the inside of the bag, so pick where you want the extra seam. Remove the tape as you go, if you sew through it it will get your needle gummy. I learned my lesson with the duct tape… 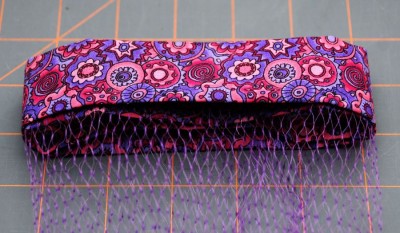 Fold the binding over the outside of the bag, along your handily pre-creased fold line. 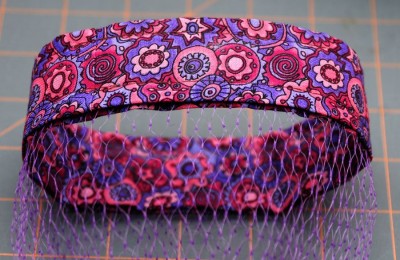 Stitch around the binding 1/4″ or so above the bottom edge for structure, and 1/4″ from the top for pretty. 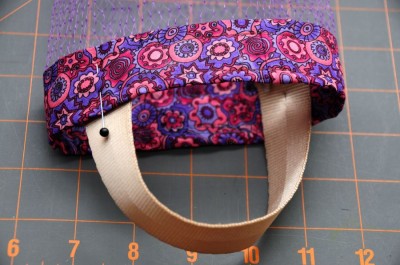 For each end of your strap fold the edge under and pin on the inside of the binding. 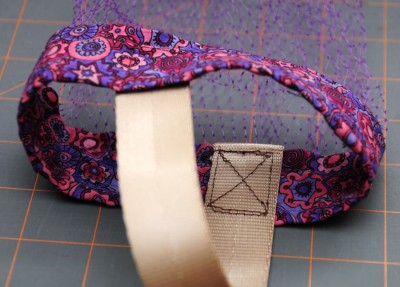 Stitch a square with a cross through it over the end of your strap for that ‘I know what I’m doing’ kind of look. Preferably do not use a needle covered with duct tape goo, because it will skip stitches. I’m hoping I don’t have to clean out the inside of my machine now… 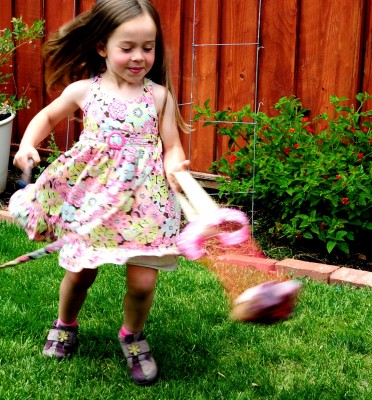 For the duct tape version, the instructions are pretty much the same, except instead of making a binding, wrap (gently) one piece of duct tape around the outside of the top edge, one around the inside of the top edge, and then one folded over the top edge. I sewed the strap on the same way, but frankly that was a dumb idea because I trashed my needle, I cleaned it, but I still couldn’t get the tape gum out of the eye, and there may be some inside my machine. If I made it with duct tape again, (which was great and quick and really satisfying) I would probably give it a tape handle too.

The end! And I can’t wait until I get back to the land of internet, where I can actually open multiple pages simultaneously in links, rather that one every five minutes! Ironically, DSL is finally coming to these sad lands, due to be installed three days after we leave!!!