I looked in our tool drawer, and wondered what hadn’t we painted with yet? Syringes! Sounds messy! 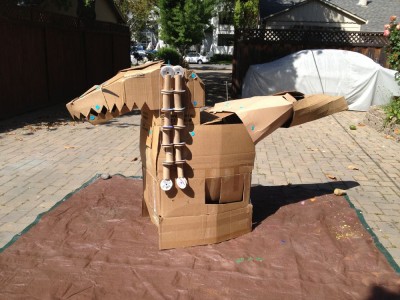 Start with a large target. This one we built with a hinged head and openable mouth for our city parade. It mounts on top of our wagon, and was great fun walking down the street operating it like a puppet with sticks and strings. Obviously you can substitute a LARGE sheet of paper or plain cardboard box rather than a two hour hack cardboard monster. 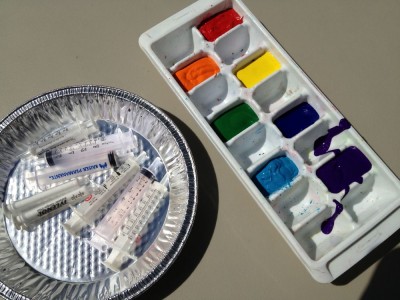 Add some children’s medicine syringes and paint. The paint should be deep enough that you can suck it up with the syringe, the ice cube trays worked well. 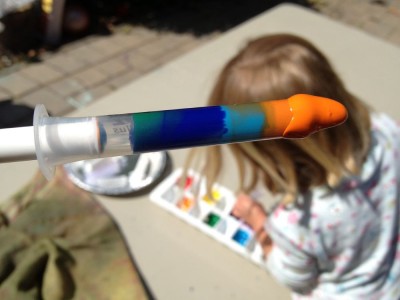 Suck up some paint. Multiple colors are allowed! 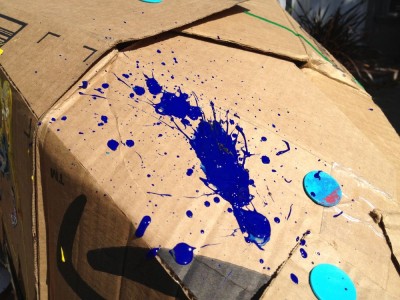 I found I got the best splats if I sucked up some air after the paint, that helped the paint splatter satisfyingly rather than just shooting out in a coherent stream and making a cow plop of paint. 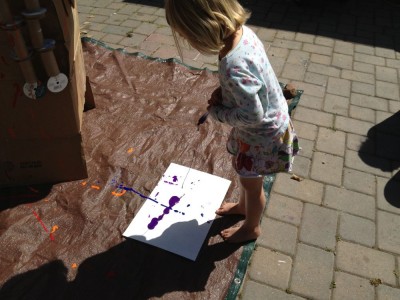 We briefly experimented with paper, but it wasn’t as satisfying as standing back and spraying the dragon and friends. You can get a good 20 feet spray. The tarp was laughably insufficient. At least we managed to keep it off the very tolerant neighbors house and car! And, er, *most* of the colors we were using were washable… 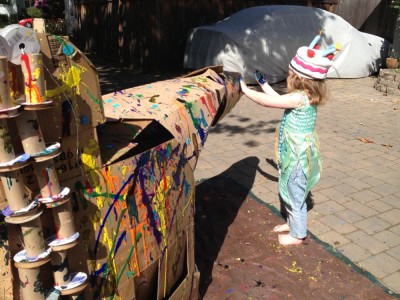 We made a big mess and we had a good time! 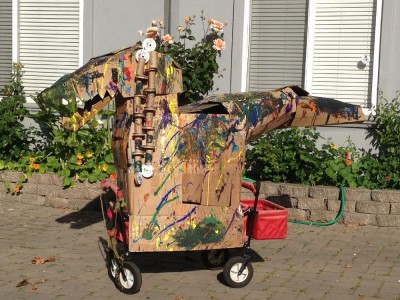 Ready to roll! Can you see the little kitty door in the side? The girls rode *to* the parade in the dragon, then promptly got out. I had to rejigger the controls to operate from outside rather than inside. Ah well. At least the ‘hair’ rattled quite satisfyingly when he reared his head back and spread his fierce cardboard jaws.