I’m not supposed to be blogging right now, I’m supposed to be meeting my deadline. But it’s been a week! My house is getting messier and messier and older daughter spent an unheard of amount of time in front of the computer today. So here, here is something I whipped up before I was sucked into this One Yard Wonders 2 thing. 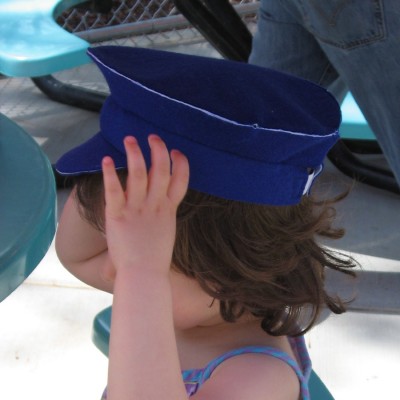 Birthday. Mother suggested that she would appreciate play acting props, careers other than ‘princess’. I chose mail man. This hat, other than being too small, worked wonderfully from my imagination to implementation! 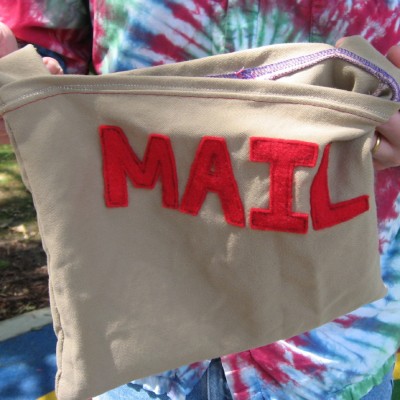 The bag, well, it is recycled from a shirt in the rag bag. I got a new serger! Named Sammy. This was practice using it, quite a different thing than I’m used to, it was quite fun! I made the strap about twice too long and tried to just lap it and sew to make it shorter, but that was a disaster, ended having to undo the bag seam, remake a bunch of it, but it was still a quick satisfying project. So what if I did write the letter shapes with permanent marker rather than erasable marker… It is still quite good for play acting, not going to be winning any design comps with it though!

One Response to "Playing Mail Man"